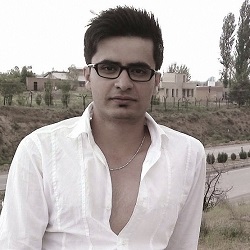 Born in Bojnourd and lives in Tehran.
He spent Training courses in cinema in Iran & was able to make films with limited funds & His films have been featured at many festivals.

Finish (2017):
World Premiere was at the Tirana Film Festival in Albania.
Then the movie was selected as the opening film in the Lugano Film Festival, Switzerland.
Also featured in the following festivals: Osnabrück, Germany & Girona, Spain & Asolo Art, Italy & Kayseri, Turkey & ….
The international release of the film is still not yet completed and will be released in other countries.